Fragrance takes flight as Hummingbird and Bat join the Zoologist Perfumes menagerie – and a prize draw! 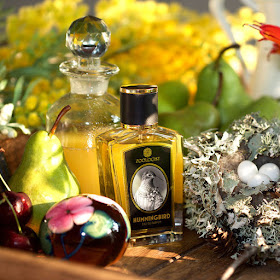 One of the most distinctive new brands in the crowded sea of niche perfumery is Zoologist Perfumes. Creative director Victor Wong had an original idea, cruelty-free fragrances inspired by the animal world, and in 2014 the first three fragrances of his vision were launched. Beaver, Panda and Rhinoceros are wildly divergent in style, but each one has its own charm. Mr. Wong is a fascinating man of many talents who tells the most marvelous stories, and the Zoologist label designs reflect his sense of humor and whimsy.

I was sure I would adore Panda when I read the list of notes. It had everything I could ever want in a floral-green scent, but when I finally did try it, there was an obstacle in the way of my full enjoyment; vetiver. This very popular perfumery material can be a nemesis for me, especially in its greener state versus the dark roasted vetiver as exemplified in Bruno Fazzolari's Lampblack. In Panda there is just enough vetiver to overrun the delicacy of such notes as bamboo, osmanthus, green tea, lily, mandarin, orange blossom, moss, and more things that I adore. That said, I can tell that it is a very well-done fragrance, and if my own nose and skin chemistry did not turn fresh green vetiver into old, stale vase water, I would indeed love it. It was composed by talented perfumer Paul Kiler of PK Perfumes.

Mr. Kiler also composed Rhinoceros, which could not be more different than Panda, and its aggressively masculine style is both wild and wonderful. I was skeptical of this one, and as sure as I was of liking Panda I “knew” that Rhinoceros was not for me, but what can I say, I do love it. It is a leathery scent with sturdy aspects of rum and tobacco in synergy with the pungency of pine, sage and lavender. This is well-trodden ground (see what I did there?) but the difference in Rhinoceros is that it is not trying to be polite and civilized like so many well-regulated mainstream masculines. It has all the classical elements writ large, but it is not crude or loud by any means, just big and strong and unapologetically so, like its namesake. After the first couple of hours it mellows to an expansive, glowing drydown, a hearth-side feel that is most pleasing. I do not usually wear masculine fragrances (as opposed to unisex) but that is really just a social construct in most cases, and I really enjoy wearing this. It is free of the unfortunate markers of mainstream fragrances meant for men – it is not sporty or fresh and it has none of those huge synthetic woody-amber molecules that tend to wreak havoc on the sinuses of the unsuspecting. Whoever decides to wear this, just do it with confidence and don't worry about labels. Rhinoceros makes me happy whenever I put it on; it's funny that a perfume with the name of a wild animal with a formidable weapon and a reputation for being near-sighted and cranky turns out to be a comfort scent. 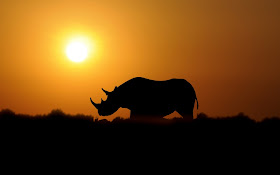 The most truthful fragrance of the line may very well be Beaver, because it does smell very animalic and more than a little bit funky after an unexpected opening chord of airy linden blossom and iris with a crystalline, watery feel. This fleetingly lovely overture last for only a few moments before the muskiness emerges, and by this I do not mean those clean “modern” musks which are only so called because of molecular similarities to the real thing. Yet no animal musks, or other animal products, are in the perfume – it is all either synthetics or natural alternatives, and in this composition these accords smells about as close to nature as I have experienced in a contemporary perfume, redolent and rich, persistent and sweet in that peculiar gamey way of the animal world like a beaver's thick, oily coat, all through the magic of skillful perfumery. Beaver is meant to paint a picture of the creature in its natural habitat of secretive woodland pools and wildflower meadows, and it all comes together to do just that. It was composed by Chris Bartlett of the off-kilter Pell Wall Perfumes, a British niche company.

Hummingbird, launched late in 2015, is my favorite of the line so far in a close race with Rhinoceros, a soaring, joyous celebration of flight, flowers and sweet nectar, as light as air but as sweet as a summer morning. Shelley Waddington of En Voyage Perfumes lent her skills to this one, and it bears her signature aesthetic of lilting florals and sunny good humor. I have a serious weakness for floral scents of this general style, and no one does them better than Shelley. I had the privilege of smelling some of the original mods for this fragrance, all of which were really pretty, and I wondered which variation would make the cut. When I received my sample, it was even better than I thought it would be; the floral fantasy of honeysuckle, mimosa, lilac, and honey I had smelled before had been heightened by the addition of succulent cherry and plum flesh and delicious sweet cream, a hummingbird's wildest dreams come true. It is as light as air yet long-lasting, sweet without being too sugary, and a triumphant demonstration that there is such a thing as a really great fruity-floral perfume (which I already knew, despite the many disastrous offering in this genre). Hummingbird is simply ecstasy in a bottle and is practically guaranteed to lift the mood of even the most curmudgeonly among us; I dare anyone not to smile with sheer delight when they smell it for the first time. 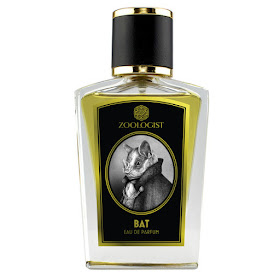 Continuing with the winged theme, Bat is brand new for 2016 and is already garnering glowing praise. Its author is Dr. Ellen Covey of Olympic Orchids Perfumes, and it is intense and original in accord with her unique bold style. It has a big presence, and it reminds me of something else in the top notes; fans of The Cobra and the Canary by Imaginary Authors (count me among them) will probably find a lot to like in Bat, which evokes initial imagery of a dusty barn to me. It does not have the “old engine oil” vibe of the IA scent, but rather more of a haunted feeling, with lots of wood. The wood is distinctly weird – dry and warm at first, it gradually becomes darker and damp and gets a little bit of “blue cheese” vibe to it; it smells very much like the underside of a board that has been lying out in the garden, and when you turn it over it has a loamy smell and lots of little critters clinging to it. I happen to like that smell so I was intrigued. I also get a strong herbal sense of artemisia, specifically Southernwood, which I used to grow, with its odd blend of medicinal camphor and citrus scent, although it is not listed as a note. Mixed in with these aromas are hints of fruit and something faintly metallic, and earthen dust; banana is listed but it's not sweet and jammy, it's the raspy slide of the inside of the peel. Overall, this perfume reminds me of the cellar in my childhood home where we stored potatoes over winter, and where I did not really like to go because even in summer the gloomy chill of the place permeated everything, and the resident spiders were huge. So yes, it's a very good rendition of a bat cave, or maybe that dusty old barn at the beginning is daylight, and the bats in the belfry only come out in the cool of the evening as the fragrance develops. For me it is more of an artistic statement than a perfume I would wear myself, as it is somewhat unsettled on my skin and smells different every time I put it on, but it is an impressive achievement.

Now for the best part - Due to the generosity of Victor Wong, I have an extra carded sample of Hummingbird for one lucky reader – you must have a mailing address in the continental U.S.A. to win. Please leave a comment if you would like to be entered, and good luck!

Disclosure: The review samples were sent to me by Zoologist Perfumes and Dr. Ellen Covey.